As you can see, the car above is the car that first made my infantile senses tune into something and take the time out to think, “Cool, that’s the most amazing thing I’ve ever seen.”

In the early to mid-eighties, The Dukes Of Hazzard aired every Sunday afternoon here in the UK. My Grandad, snoozing from the Sunday roast, would be awoken to the sounds of a four-year-old me running around the house, up and down the stairs, holding an invisible steering wheel and pretending I was driving The General Lee. I had all of the toys and the show remains the most vivid memories of I have during that era.

Films like Cannonball Run and Smokey And The Bandit also made an impression, as when it came to owning a real car I wanted something different to all the generic modern 1.0-L cars nearly all teens end up driving. After my MGB-GT I ended up with a 1983 2.3-L Turbo Ford Mustang, a car most definitely chosen thanks to the influences of my childhood TV viewing. 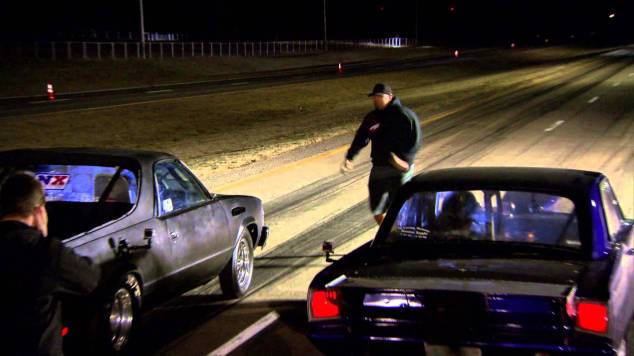 Three decades on and I’m still tuning in to all of the car shows, even writing a blog and contributing to car magazines, and it’s all thanks to The General Lee. Although shows like Street Outlaws is partly set up, I still get pumped up for the drag races featuring the Murder Nova. I love watching YouTube channels such as DRIVE, The Smoking Tire and Mighty Car Mods – there’s literally nothing that slips the net when it comes to automotive viewing.

So what’s the car that had a significant enough effect on you to call yourself a car guy?