If you follow my blog you’ll come across some sleeper posts every so often. You either get them and understand the need to drive a wolf in sheep’s clothing, or you simply can’t understand why you would dumb a performance vehicle down. Remove the badges, grills and actually disguise the big exhaust? What, are you crazy?

You see, there’s something smug about out-dragging a Porsche in something deemed only fit for a run to the shops. I love this concept and will build one at some point in my life – perhaps dumb down a wagon of some sort.

To any readers into this sleeper business, I was happy to find the latest edition of Mighty Car Mods on YouTube. These funny Aussies know a thing or three about building a sleeper, and Marty has revealed his new Subaru project. It’s a wagon (with the help of STI components) that can already hit the 1/4 mile in 11.9 seconds. The aim is to make it even quicker, to hit the 11 second mark – that’s damn quick for a wagon they affectionately call “Gramps”.

Check out Gramps and tune in to see what this rather affable vehicle will be capable of. 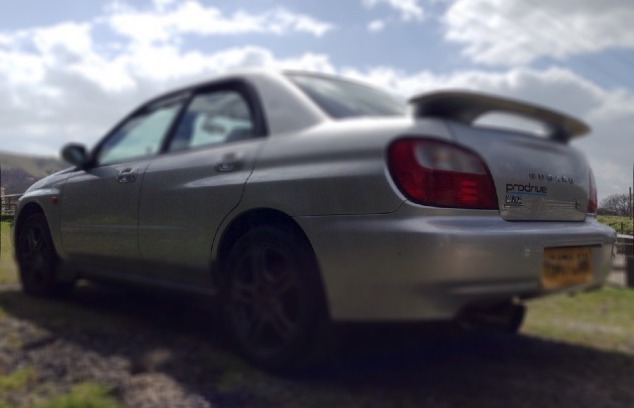 Now I will begin by saying that I adore Subaru and their WRX. I’ve owned a wagon and currently own a Prodrive 245-bhp WRX. They sound nice, handle really well, and considering they are performance cars, they are fairly economical in parts and fuel.

The problem is I like to try new brands. I’ve done everything from Citroen to Mercedes, Alfa to Maserati. The most satisfying car apart from my current ride was the e46 BMW M3. That thing was angry and sounded pissed too. It spat out automotive cuss words when you floored it, rather than rumble or burble. You could lose the rear slightly and know it wasn’t going to come around on you. Some people didn’t like the SMG paddles, but I loved them straight away and liked the settings option.

So if I don’t buy a Subaru Hawkeye STI, I’m torn between another M3 or… the EVO.

The EVO VI to be precise. I don’t like any of the others – if you were to offer me a brad new EVO X or a mint VI or the TME (Tommi Makkinen edition), I’d take the VI hands down. It doesn’t have loads of numbers after its name or come in different specs. The EVO VI was a 0-60 in 4.4 seconds straight out of the box rally car.

I’m totally torn. The EVO involves many oil changes and the AYC (Active Yule Control) needs a lot of servicing. But them every time you change the M3’s boots, you’re looking at a grand, and should the SMG system go wrong, well, you could probably buy another EVO for the cost of repair.

So the EVO then? Well yes, but I don’t want to be that guy in town who has the EVO. They are fantastic machines and offer optimum driver satisfaction, but they do look a little OTT with it’s serial killer face and giant rear wing.

The M3? It’s looking likely. It looks amazing (known as the last true M car) and it wouldn’t look out of place whether you’re thundering around a track or pulling up to a restaurant.

Bugger, I don’t know. Do I try something new, or do I settle for one of the best cars ever made?

What do you petrolheads think?

Having owned Subarus and still own a WRX, I’m a massive fan. For one, I love the unique thrum and rumble of the boxer engine, and two, I like the power and handling. I’ve owned my current Prodrive WRX for eight months now and it hasn’t missed a beat.

Anyway, onto the car above. The Subaru community have been teased with the concept of a BRZ STI, but as yet we haven’t seen one or heard anything else about it in the UK. However, the Litchfield Subaru BRZ Spec S – the S stands for supercharged – is something to get excited about.

Before you assume this version comes with a hefty price tag for the extra 80+bhp over the standard model, the supercharger including fitting will only cost you £3,495.

Okay, to some this may sound like a lot to have the extra power, but believe me, that extra grunt transforms a pacy coupe into a serious contender, pushing the big boys like Porsche and BMW.

To put it’s power into context I’ll compare the BRZ Spec S power-to-weight ratio of 226bhp/ton to some other cars.

So the BRZ has a whole 20-bhp per ton more than its nearest competitor, the Nissan 370Z, which in its own right is a excellent car.

Apart from the supercharger, the Litchfield has upgraded brakes, oil cooler, intercooler and Ecutek ECU. It sits slightly different due to the set up and new dampers.

I’ve always been used to the big turbochargers delivering the power, so when I drive one of these supercharged BRZs I’ll be interested in how it feels to stomp the gas pedal down and hear the whine of the supercharger as apposed to the spool and hiss from a turbo.

So for under £30,000 you get a supercharged sports car with Porsche performance and a combined mpg of 28… count me in!

Finally, the STI version of the Subaru BRZ will be made. This car shows some great tuning and modification potential, which is great news considering its well-balanced rear-wheel drive chassis is capable of handling much more than the stock 200hp. As it stands, the STI version of the BRZ is more of a handling upgrade package than a performance boost.

Some may be gutted at this news, but the way I see it, STI are supplying us with a professionally designed and built racing chassis, one in which a few engine and turbo tweaks will take it up to the next level. If I were to own one, I’d be glad to know a simple re-map and a cat back exhaust would hopefully bump it up to the 240+bhp mark and I’d have a chassis more than capable of handling the extra grunt.

The BRZ is miles away from their original Impreza and the WRX but I’d definitely own the tS version.

For those of you familiar with the terms in the title, you’ll know JDM stands for Japanese Domestic Market, Hella (Hellaflush) means making your car look undrivable – which it nearly is – and VDub is associated with Volkswagen.

There are so many car genres and cultures now, it’s becoming a little hard to keep up with the esoteric jargon and relevant car decals. For instance, if you admire the Hellaflush scene and decide to add an illest sticker to your factory stanced car, you’ll be ridiculed. There’s a little more to it than stickers and trends though, and I’ll throw a little light on the subject. 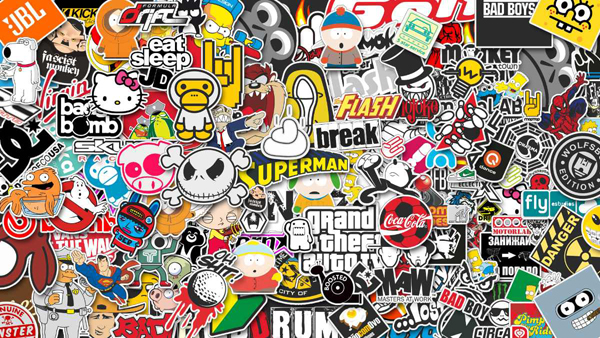 JDM owners’ main concern is ensuring their Jap import is upgraded and maintained with original Jap components. Say you had to replace your Subaru’s turbo. Even if you purchased a 100% authentic turbo from Subaru, it won’t do if bought from outside of Japan. It needs to bought there, shipped over, all the paperwork in Japanese. It’s an expensive way of maintaining your ride if you live outside of Japan, and it’s so big now, a lot of fakes are cropping up on eBay. The stickers and decals reflect the Japanese lifestyle, and these are usually sticker-bombed over a panel of the car or a section of the console.

Hellaflush owners usually take there cars, slam them (lower them), but ensure the wheels are flush with the wheel arches. This could also fall into the ‘Stanced’ or ‘Slammed’ category, but Hellaflush take it a step further and offset the wheels using a lot of negative camber.

The term ‘Hellaflush’ came from the training shoe company Fatlace, and is now one of their brands and the name of their most popular string of car shows. Similarly, illest also comes from the Fatlace company.

Although I wouldn’t Rat a car, I do admire the creativity that goes into some of them. Although the Rat Rod (a Hot Rod made from bits and bobs) was created with mechanics in mind, Ratting a car now means creating something with purely aesthetics in mind. A popular car to Rat is the VW, especially the Beetle and Lupo – these small cars will usually have a panel stripped of paint and left to rust (the bonnet is the most common panel used), badges from different car brands applied, different wheel trims stuck on, a roof rack added, and various items attached to it. This is where originality comes into play.

Although these are all trends on their own, a lot of owners will dabble into other areas. VDub is a term used for Volkswagen and making them look cool – this crosses over into Stanced and Rat because a lot of VW owners slam their cars and a lot of good rat cars are often VWs. A lot of Hellaflush cars also practice JDM or vice versa.

What I think it all boils down to is making a car look a certain way, to be part of something that reflects your attitude. You follow a certain style and trend because it also reflects your personality in the mods you apply to your car. If you have a JDM Honda and like Hella and Rat, well slam it, rust it, rack it, and sticker it up with what you like.

This is a superb video from Airsociety using the contrasting flat black STI with the pure white snow.

Although this concept has lost a lot of the Subaru WRX feel, it still looks amazing. 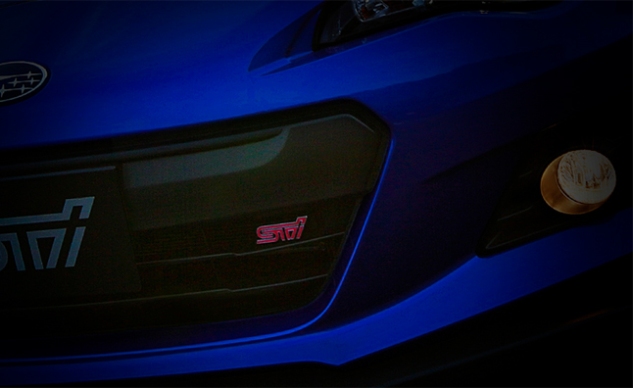 I woke up this morning, checked out my iPhone and nearly wet the bed. There it is was, confirmed on STI’s Japanese website, the Subaru BRZ STI will become reality.

Subaru teased the auto world a few years ago with the possibility of an extra 100-bhp or so, and although it will now happen, they have annoyingly only given us yet more teasing in the form of a couple of images.

Subaru are yet to confirm the specs that will come packaged into the STI version but the Japanese website of STI, along with the images, has released the words “coming soon”. Hopefully the wait wont be too long and we’ll see the Subaru BRZ STI at the Los Angeles Auto Show later this year. 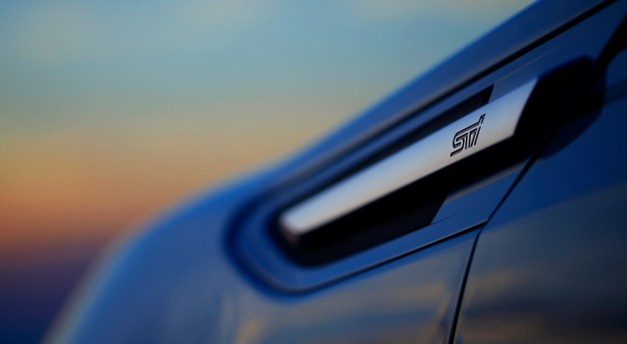