Who doesn’t like the M badge? You know any Beemer bearing the badge and extra exhausts is an everyday car that if spanked can turn into an unbridled monster. A lot of people say they are estate agent or accountant cars, but the people who say this either can’t afford one of haven’t driven one. I know because I’ve owned an E46 M3, the last of the proper M cars with the inline 6 and raucous exhaust note. It was fast in a raw and dramatic way – if you set the gearbox to its fastest shift setting you were liable to end up needing a chiropractic.

So how does the M4 come into it, and exactly how will it rejuvenate the M division’s lack of… raw punch? 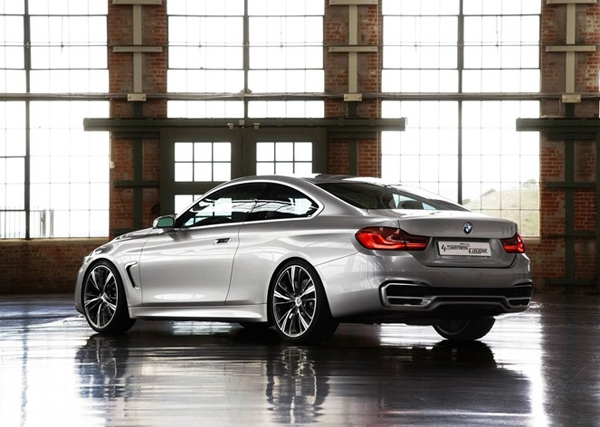 Since BMW stuck V8s into their M cars, they were faster and boasted some impressive stats, but to me they lost that highly-strung edge the inline 6 offered. The M4 will replace the M3 coupe, and as the pictures reveal, it’s a looker. It will also come with a twin-turbo 3.0-L inline 6, producing 420-bhp – that’s 45 horses more than the E46 M3. Since the M3 I owned also had a 3.0-L inline 6, I’m surprised two turbos only boosted it by 45-bhp. It will hit 62-mph in 4.5 seconds, 0.4 faster than the E46. Because it features a lot of aluminium and carbon fibre it is a lot sleeker than the E92 M3, so I wonder why the turbos were needed and what that extra 45-bhp is needed for.

Still, I shouldn’t moan; I’m just glad BMW are looking at introducing a proper M thoroughbred back into the range.