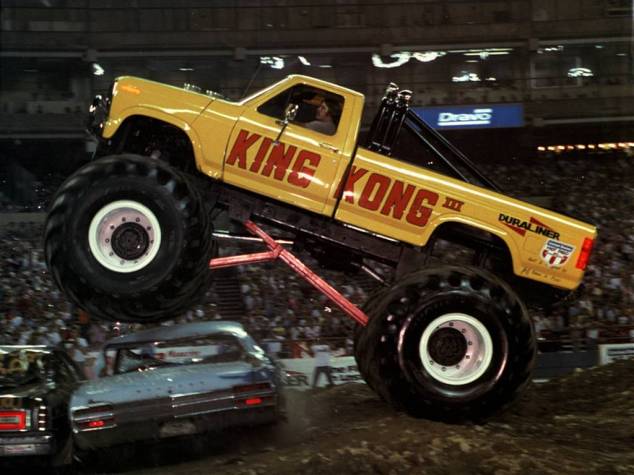 No matter what your sex, age or creed, monster trucks are the coolest things on the planet. If their over-sized features and cartoonish presence aren’t enough to entertain, the way in which these gargantuan vehicles move will leave you breathless. Despite the mass of hulking mechanical components and giant wheels, they are unbelievably quick, can traverse cars and jumps as though mere bumps in the road.

Like all motor sports, technology has played a massive part in the sport’s evolution from a simple car-crushing spectacle to the insane antics we see today at the Monster Jam championships. They’ve come a long way since the heyday of the Ford Bigfoot and King Krunch – although Bigfoot will always be the most famous monster truck and is still very much in demand, it doesn’t compete in the current Monster Jam series.

Initially used only in exhibitions, promoters TNT Motorsport saw the massive potential in Monster Trucks, and in 1988 the MTRA (Monster Truck Racing Association) was formed, and along with it came rules and regulations for construction and safety – the MTRA still play a significant role in the sport today.
I can remember watching Monster Trucks on TV as a kid – even in the UK there was a period when the series was televised.

In its initial concept, Monster Trucks consisted of an elimination drag race, where two trucks would try and beat each other over a course littered with stacked cars. Of course, this made for amazing viewing in the 80s, but the one thing that I loved more than everything was the Mud Bogging, something Monster Jam doesn’t feature anymore. 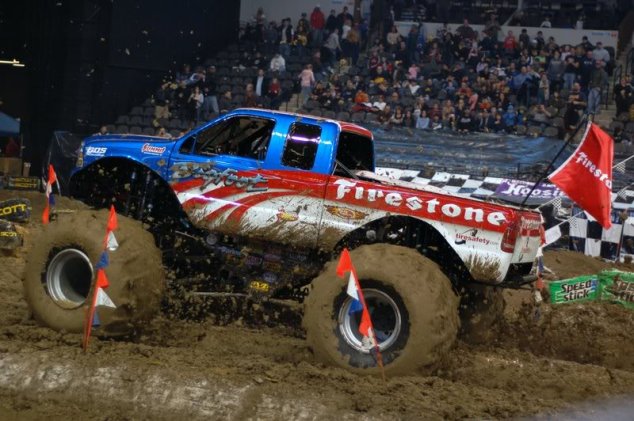 It was simple: a Monster Truck would take a run up and drive into a long pit of mud. The winner was the truck that could complete the longest distance. The combination of noise and the waves of mud being kicked up by the truck’s enormous tyres just did it for me – I ruined an RC monster truck doing this in the garden.

To compare the trucks of yesteryear to the high-tech beasts of today, you only have to watch a minute of film footage. If you look at the vastly different versions of the much-loved – and my favourite – Grave Digger below, you can see how far the concept has come.

It’s the performance differences that are most apparent, however, and if you take a look at these two video clips, you’ll see just what I mean.

Unlike the previous racing formats, Monster Jam uses an X Games format, where each truck goes out and has to perform in a certain amount of time and is scored on entertainment and trick factors.

To enable a modern 5-tonne Grave Digger to pull off those enormous jumps requires a supercharged 540-cubic inch Merlin V8 and 1,450-hp. It’s faster to 30-mph on dirt than a Nissan GT-R on tarmac and will drink 8 gallons of fuel every 300 yards.

I don’t know about you, but I’m booking tickets for my wife – she’ll love it 😉 – and I to see Monster Jam live.