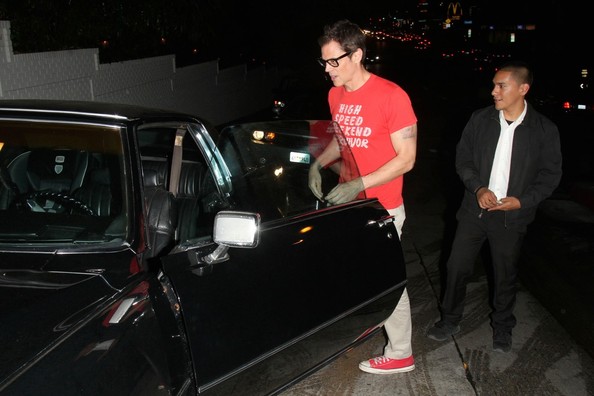 When it comes to cars I don’t fall into a category or genre. Some may assume I’m a WRX/EVO yob, yet I spend a lot of time drooling over muscle cars. Drifting YouTube videos take up the majority of my recreational viewing, yet I read about British classics and restorations. One minute I might be watching a review of the latest SRT Viper, and the next, an instalment of Street Outlaws and the 1000+bhp drag monsters. You may spot me dragging my jaw across a field at a classic car show, but there are occasions you won’t see me at all when I’m surreptitiously rubbing up against the rear end of a 60s Alfa Spyder.

I get the impression Johnny Knoxville possesses the same attitude towards cars, as apart from his love for Ferraris, he is always seen in beaten up 70s classics such as the Cadillac and Lincoln. His first car was a red 65 Mustang, and although he thought that was a great car, it’s his current 70 Cadillac Eldorado (pictured HERE) he loves the most. Johnny also owns a brand new Caddy, but when Top Gear asked what model, he didn’t have a clue.

The Gumball 3000 rally has also seen the American Daredevil in different cars. Pictured above are part of MTV’s Jackass crew chilling on a battered Jaguar XJ6, a car Knoxville nabbed from a chop shop at the last minute. In 2005 Knoxville appeared in a movie adaption of the 80s TV series, The Dukes Of Hazzard, and in the same year, he took on the Gumball 3000 in his ‘General Lee’ Ferrari 575.

Another recent movie, Bad Grandpa, saw Johnny drive around in a 1970 mint green Lincoln Continental – after some time trying to find the perfect car for the movie and character, Knoxville’s love for the 70s boxy bodies eventually selected the boat pictured below.

So you see, this guy does have a natural eye for cool rides – he has the ability to spot that X Factor, something that doesn’t necessarily need millions of dollars to obtain.

I’ll leave you with this 30 minute documentary entitled Detroit Lives, a film focussing on the once thriving ‘Motor City’. It’s a little depressing but it does feature Knoxville cruising in a cool Caddy convertible.