The Gen 6 (left) compared to the ‘Car Of Tomorrow’

So far this season the Gen-6 has proven to be extremely fast, with a handful of track records falling in its wake. Most feedback has been very encouraging. Fans have also praised the manufacturers’ designs in creating a car resembling their showroom counterparts – the Gen-5 all looked alike, regardless of manufacture.

So what were the guys with the pencils and rulers up to when the Gen-5 was due to be retired?

Along with hours spent on a rolling road in a wind tunnel, a new carbon fibre material was applied to the Gen-6’s body – this new stronger compound enabled a lighter and safer roof structure. The addition of rear spoiler ‘deck fin’ now helps with the car’s high-speed stability – this runs down the left side of the rear glass and isn’t at first apparent due to being constructed from clear polycarbonate. 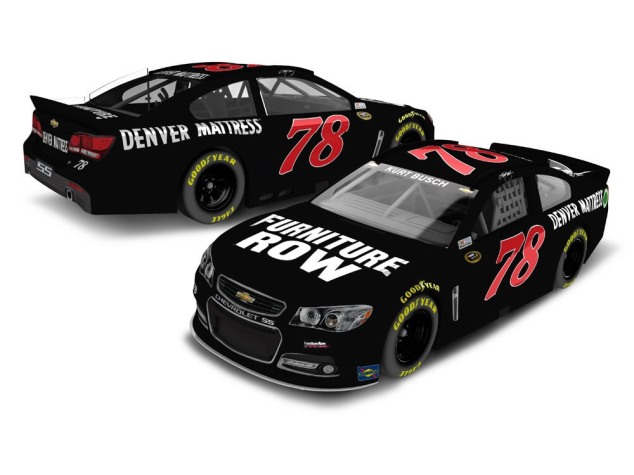 The Gen-6’s dimensions also suggest speed was very much on the agenda. It not only weighs in 150 lbs lighter than the Gen-5 at 3,300 lbs, but it’s over 2 inches shorter and 3 inches wider.

Another modern technological advancement involves the addition of a new electronic fuel-injection system – this bit of kit requires software from NASCAR, which controls the rate of fuel spray. You try and meddle with this system and it shuts the engine down. To give fans something else to smile about, the driver’s surname is banded across the top of the windshield, along with an extended team’s sponsor along the side – this makes identity during the race that much easier.

So now records have been smashed and the initial teething pains soothed, what do you NASCAR fans think about its affect on racing now we’re well into the season?

Not long ago I wrote about how good the Gen 6 car was. Now a few more races have past, would you agree it has livened up NASCAR? Or do you think it has presented problems?