If you love cars you’ll love road movies or racing movies; it goes with the territory. When I heard the news about Cruise and Pitt appearing in a movie adaption of the Le Mans battle between Ferrari and Ford, Go Like Hell, I had to write a piece on it. Two of my favourite actors appearing in a battle I have always found extremely interesting and exciting.

If you like the sounds of it, I suggest you read my thoughts on Go Like Hell

The name ‘Shelby’ in the auto world is usually associated with the Ford Mustang, the Dodge Viper, the AC Cobra and the Ford GT-40; however, the late Carroll Shelby put his knowledge, input and name to some other not so famous cars, and its these rarities I want to talk about.

But if you aren’t clued up on the inimitable Carroll Shelby, let me briefly fill you in.

Having raced all his life until heath problems forced him to quit in 1959, Shelby acquired a great deal of racing experience and knowledge. It was winning the 1959 Le Mans in an Aston Martin that led him to notice the English team AC Cars and their Bristol. In 1961, Shelby asked the English team if they could supply him a car that would accept a V8 – a year later the AC Cobra was born.

In 1963, after Henry Ford II’s offer to buy Ferrari was quickly snubbed by Enzo Ferrari himself, he summoned Shelby to help build a car to beat the Italians at their own game. This is where the gorgeous and legendary GT-40 came in, a car that stamped its name in the Le Mans history books with a big black marker pen with: 1966, 1967, 1968 and 1969.

So it’s with this natural ability to build winners that also went into the following relatively unknown Dodge cars.

First up is the early 80s Dodge Shelby Charger. This was the era Carroll Shelby worked as a performance consultant for Dodge. Between 1983-1984 Dodge launched the Shelby Charger, a 2.2-L 4-cylinder engine that produced a meagre 107-bhp and 127 ft-lbs of torque. Although power wasn’t high on the agenda with this model, Shelby focussed on the suspension and styling. Stronger brakes, quicker steering and special wheels also came with this edition, along with cosmetic touches such as decals and racing stripes.

A year later and the Dodge Shelby Charger received the much-needed edition of a turbocharger, boosting the power up to 146-bhp with 175 ft-lbs of torque. Customers saw a massive leap in performance increase despite its turbo lag.

Around the same time in 1986, Shelby modified the last 500 Omni’s off the production line. It’s a rare car to find today, and with its innocuous appearance and a 0-60 mph time of 6.7 seconds, it was one of the most affordable performance cars and the ultimate ‘sleeper’ car. This amazing performance from the little car came from the same 2.2-L Chrysler engine packed into the 1985 Dodge Shelby Charger, although the system received an upgrade on the turbo’s inter-cooler, the air manifold, injectors, and throttle body. What was once capable of 146-bhp on the Shelby Charger was now up to 175-bhp in the Shelby Omni.

In 1987, Dodge applied Shelby performance package to the Daytona Z, although Carroll Shelby himself didn’t oversee the project; it still bore his name though due to the package being his creation. 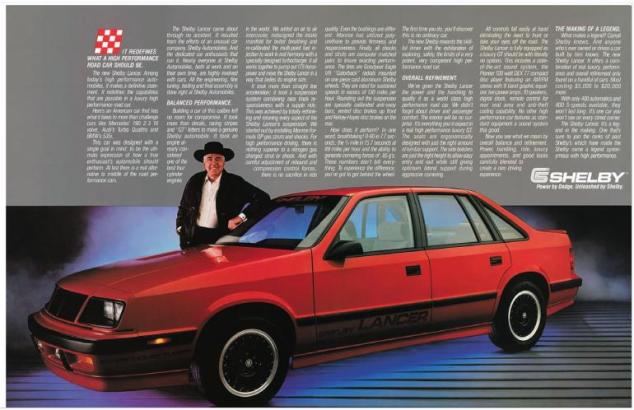 Another year on and the Dodge Lancer received the Shelby touch too. With only 400 manual and 400 automatic built over two years, the Shelby Lancer is a very rare car. Power again came from a 2.2-L Chrysler engine tuned to Shelby’s specification, including the turbo and intercooler. This car produced 175-bhp with 175 ft·lb of torque. The Daytona was heavier than the previous Shelbys and this hampered performance slightly with a 0-60-mph time of 7.2 seconds, although for the ear, this was pretty swift.

Carroll Shelby was an incredible man; he worked with cars (particularly Ford) right up to his death last year, aged 89.

Not only is this car the mechanical equivalent of Marilyn Monroe, this very special Shelby Mustang GT350 once belonged to and was raced by a certain living legend, Sir Stirling Moss. 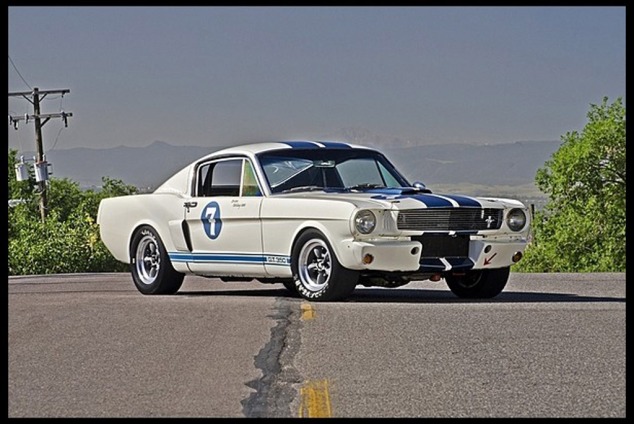 This gorgeous piece of automotive history will be auctioned off at Mecum auction house at their Pebble Beach Concours d’Elegance next month, where I’m sure the serious collectors will bid high to have this added to their garages. 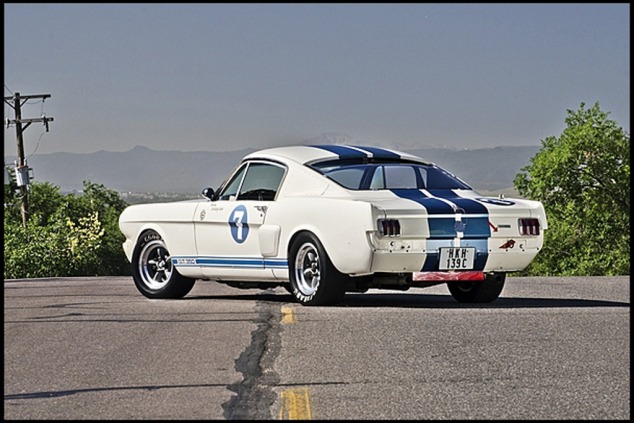 Moss drove this 350GT from 1991 through 1997, racing at nine venues across Europe and at Australia’s Targa Tasmania.

Not only does the car come with huge documentation, but it also comes with photos taken during races Moss was competing in and pictures of the late and great Carroll Shelby himself.

Underneath her hood beats a 4.7-L (289 cubic inches) V-8, pumping out a respectable 430-HP. This power is sent through a four-speed manual transmission. 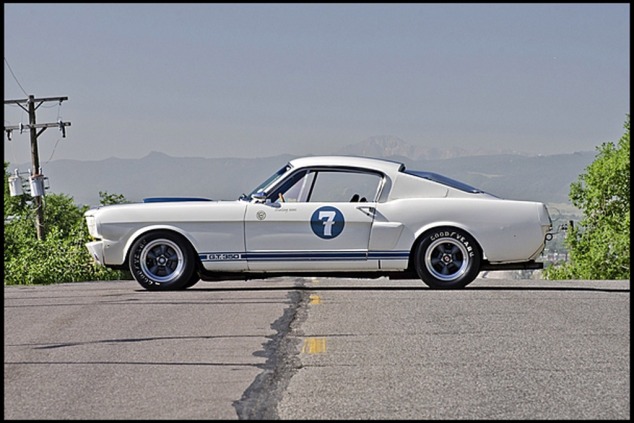 Anyone care to hazard a guess as to what they think she’ll go for?