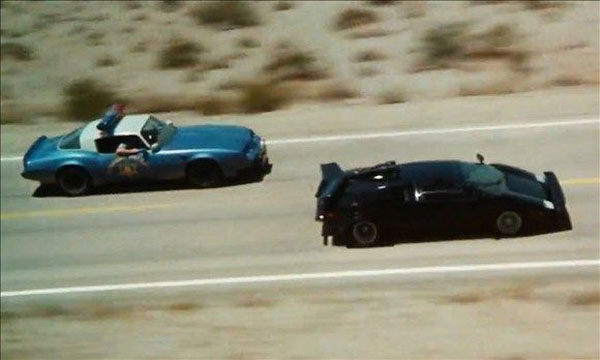 Also known as the Cannonball Baker Sea-To-Shining-Sea Memorial Trophy Dash, the 2813-mile NYC to L.A. Speed Race has inspired movies and books, stories Gargling Gas finds most appetising and inspirational. If you’ve seen the movie, you’ll know the score, if you haven’t, here’s a brief history and current record holders.

The race as we now know it is a mere celebration and the recognition of a guy called Erwin G. “Cannon Ball” Baker. Although he set his first coast to coast record in 1914 on an Indian motorcycle, a year later saw Baker drive a Stutz from L.A. to NYC in 11 days, 7 hours and fifteen minutes. In 1916, “Cannon Ball” piloted a Cadillac 8 Roadster in a staggering seven days, eleven hours and fifty-two minutes – despite the modern era Cannonball Run taking longer than a whole day on the road, it’s a sprint in comparison.

Google maps states that New York City to Los Angeles should take you around 45 hours of driving. The current record is a staggering 28 hours and 50 minutes. That’s an average of 98-mph!

So what does it take to get near that benchmark time? Many have tried, many have fallen, few have succeeded. And vitally, what car would you need to keep the average speed high, reliability issues nil, and remaining as inconspicuous as a Cannonballers’ personality dares?

The route starts at NYC’s Red Ball Garage on East 31st Street, crossing many state lines, finishing at the Portofino Inn at Redondo Beach, California. No real rules, only a gentlemen’s agreement that the vehicle entered had to be driven the entire route, i.e. no identical sister vehicles waiting on standby. If you were caught speeding and fined, the ticket was the driver’s responsibility and the time taken to receive the citation counted on top of the overall time.

The route has seen minor changes over the years, which has ultimately led to a few discussions and debates on times vs mileage. The calculators have come out a few times to establish if times were legit in claiming the record.

In 1971, automotive journalists, Brock Yates and F1/Le Mans winner, Dan Gurney set a real precedence when they managed to smash 40 hours in a Ferrari 365 GTB/4 “Daytona”. They took the Cannonball Baker Sea-To-Shining-Sea Memorial Trophy Dash AKA the Cannonball Run in 35 hours and 54 minutes.

As the originator of the Cannonball Run, Yates doesn’t acknowledge any new records due to his concern that “somebody was going to get killed”.

Although the 1979 record stood for some time, I couldn’t find much image-wise as far as the car and drivers were concerned. However, I did find a few of the car discovered by the pair who eventually beat the record (see pic below).

1979 entrants, Dave Heinz and Dave Yarborough shattered the old record with their Jaguar XJ-S. It was the last official Cannonball Rally and they set an amazing time of 32 hours and 51 minutes, at an average speed of 87 miles per hour (140 kph).

Famed for their TV appearances in Discovery’s Fast N’ Loud programme, Richard Rawlings, owner of Gas Monkey Garage and his best friend, Dennis Collins, previously made a name for themselves when they broke the long-standing 1979 record in 2007 with a time of 31 hours and 59 minutes at an average speed of 87.6-mph.

The pair are also two-time winners of both the Bullrun and the Gumball Rally. The record car was a black Ferrari F550 with modified fuel cells to lower the amount of times needed to stop.

When you consider the modern technology and car used compared to the Jaguar XJ-S, although the Cannonball and Gumball veterans beat the record, it just highlighted the amazing achievement set 28 years earlier. 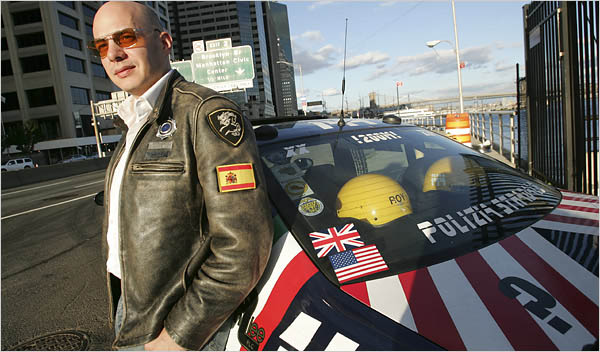 Taking technology to another level, Alexander Roy went to great lengths to minimise potential stoppages, including a “spotter” helicopter. No stranger to the Gumball and Bullrun rallies, Roy and his co-driver David Maher eventually beat the record in 2006. They managed 2800 miles in 31 hours and 4 minutes, at an average of 90.1-mph.

Richard Rawlings and Dennis Collins claimed, although Roy beat their previous record, he did not “stick to the route” of the original Cannonball Run. Roy counter-claimed that the route changed and varied slightly every year, and that the only rule was total A-B time. As the 31:04 was nearly an hour faster than the previous record, it was agreed it was also a sufficient margin to make up the 11-mile difference. 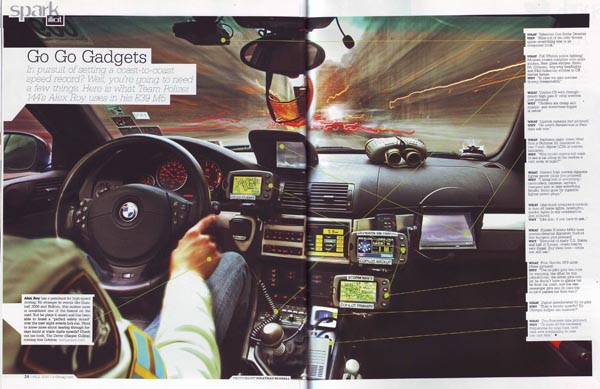 Alexander Roy published a book on his racing career, The Driver: My Dangerous Pursuit of Speed and Truth, a book I’m halfway through, a book keeping me from my much-need beauty sleep.

As you can see in the picture above, Roy likes the interior of his BMW M5 to look like a flight simulator. From GPS to police scanners, Roy uses everything, but rather than make a tedious list, watch the video below and hear about them from the man himself.

Alexander Roy’s record fell in 2013 to Lamborghini dealer, Ed Bolian. After four years of preparation, including the installation of a second 22-gallon fuel tank to his 115,000-mile Mercedes CL55 AMG, he ate up the 2,813 miles in 28 hours, 50 minutes and 26 seconds. This meant the spare tyre had to share the backseat with his spotter, Dan Huang. The extra fuel tank was also the reason Bolian chose the Mercedes, as the CL55 possessed the suspension to take the extra weight of fuel.

Like Roy, Bolian relied on laser jammers radar detectors and even a rear-light kill switch. Along with two GPS units, all important space and tech had to be considered for smartphone and tablet chargers. Throw in food, drink and bedpan, you start to understand just what is required in remaining in a car for over 24-hours.

Although many records were set before him, Bolian’s inspiration fell at the hands of the legend, none other than Edwin “Cannonball” Baker, the guy who started it all.

This seems like a good place to finish and ask you, the Reader, “what car would you choose to take on the Cannonball Run”?

I’d opt for one of my favourite sleepers, the VW Phaeton W16, complete with extra fuel cells, ABBA on shuffle to inspire a quicker journey to end the suffering, and water-proofed seats for the inevitable accidents.