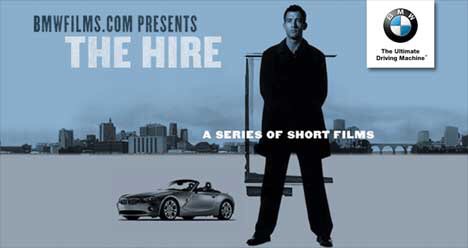 If you follow Gargling Gas you’ll know the guy behind the words lives in a bit of a fantasy world. Along with muscle cars, sleepers and bad BMWs, there’s a back drop of horror, a world in which driving recklessly hails you a hero.

A perfect world would see the movies Christine, Smokey and The Bandit, The Car, Drive and The Cannonball Run all merged into one surreal universe of police chase and murder, a dimension in which I’d emerge the anti-hero.

Years back, BMW tapped into this kind of fantasy by releasing a series of 10-min videos. Played by Clive Owen, ‘The Driver’,  a hired hand with expert driving skills, finds himself behind the wheel of a BMW.  Each episode showcased the latest BMW in a short and snappy storyline.

Check out the episode ‘Star’ below, written by Guy Richie and starring wife at the time, Madonna.

Our real star of the show is the M5, of course.