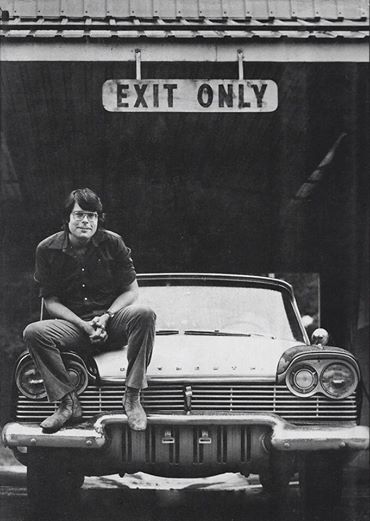 Stephen King is my favourite horror author and such an inspiration I started writing and publishing my own fiction, actually managing to appear alongside some of my other favourite authors in various anthologies. If you’ve delved into the world of Stephen King, you’ll know he likes cars. Everyone knows his novel and movie adaption, Christine – the 1958 Plymouth Fury that could murder and heal itself.

Some other stories featuring cars include From a Buick 8, a strange car whose trunk is a portal to an H.P. Lovecraft world of weird leathery bat like creatures. Uncle Otto’s Truck is a superb short story in which a static truck manages to kill one last time. Maximum Overdrive tells the tale of what it would be like if all the big trucks in the world came alive and started rounding up and hunting humans – the movie adaption didn’t receive the best reviews, but I loved it and it’ll remain a guilty pleasure. 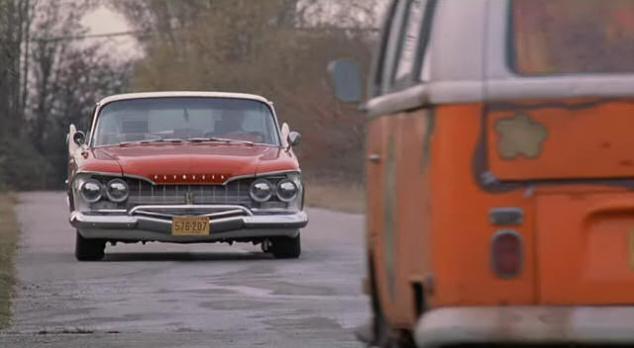 There are more, including Dolan’s Cadillac and Riding The Bullet (pic above), both adapted to film and both brilliant. I highly recommend watching them, or better still, reading them.

His latest novel hitting the shelves in early June is entitled Mr Mercedes. When I received news of this I could barely contain my excitement as I searched for more information on the plot – I wasn’t disappointed:

Without warning, a lone driver plows through the crowd in a stolen Mercedes, running over the innocent, backing up, and charging again. Eight people are killed; fifteen are wounded. The killer escapes. In another part of town, months later, a retired cop named Bill Hodges is still haunted by the unsolved crime. When he gets a crazed letter from someone who self-identifies as the perp; and threatens an even more diabolical attack, Hodges wakes up from his depressed and vacant retirement, hell-bent on preventing another tragedy. Brady Hartfield lives with his alcoholic mother in the house where he was born. He loved the feel of death under the wheels of the Mercedes, and he wants that rush again.

I’m a fan of Mercedes and have owned an SLK 350, two W124s and one 190e sport. The old school Mercs were the best and I really hope the killer car is one of the older models – black, of course, with tinted windows.

This will no doubt make it to film, and I for one, can’t wait to see it repeatably run people down…