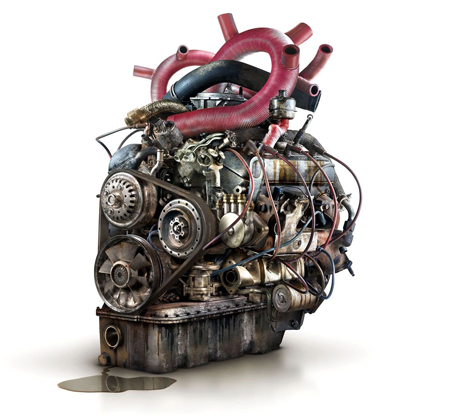 We all know the engine is the heart of the car, it’s chambers an explosive mix of oxygen, fuel and fire. Like the human heart, an engine throbs and ticks and gives life to the car. An engine even injects personality, from loud and powerful, to refined and economical – it’s not all about BHP and torque figures.

I’ve owned a fair few cars and I’ll have to say the BMW S54B32 unit from my old e46 M3 is the ultimate engine. I had the pleasure of a Mercedes 3.5-L V6, some turbo engines, and even a Maserati 4.2-L V8, but the M3’s engine surpassed them on every level.

It’s only a 3.2-L naturally aspirated inline 6, but it’s so revvy and raw. The M3′s S54B32 made 343hp at a screeching 7,900rpm and 365Nm of torque at 4,900rpm. With the rev counter’s lights signifying how hard you should drive until the engine has reached it’s proper operating temperature, it feels as though it’s a tuned engine. The acceleration is hard and the power-band wide. Instead of grunting and burbling like the Italian V8, the S54B32 spits out it’s exhaust as though it’s inhaled a swarm of wasps. Don’t get me wrong, the V8 is an incredible sounding piece of kit, and I love the feel of turbo power, but the M3 will always remain a top engine in my books.

It came as great news when I found out the new M3/M4 cars (albeit with turbos) would feature the inline 6 after a few models of V8s.

So with this in mind, what are you favourite engines, even if they’re not inside of your favourite car? What would be your ultimate engine swap?