For those of you following my blog you’ll know I like drift cars and wasting many many hours of my life surfing (window shopping) for cars. I also love small technology that produces big power. Well today I stumbled across a car that first grabbed my attention because of its suspiciously low price. Further investigation and my attention transformed into incredulity as I learned of its stats. This then led to total excitement as I read and watched reviews – had I found the perfect drift car that I could pop to the shops in with my girls (dogs) in the back?

So what is it, I hear you ask. 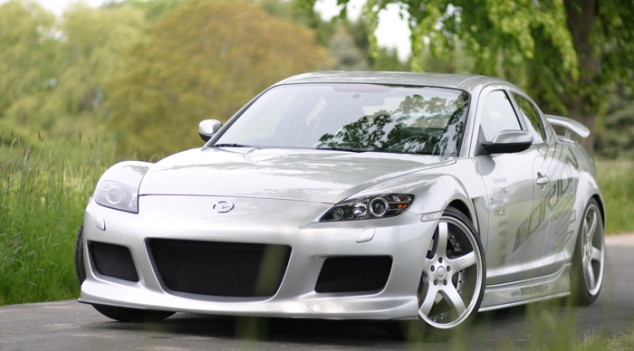 Before you snub it as just another Jap sports car, I beg you to stay with me for a little while. It doesn’t boast the same twin-turbo bhp as the legendary RX-7, but nevertheless, its displacement, power and redline numbers are beyond impressive.

This is thanks to its 1.3-L Wankel engine. That’s right… 230-bhp from a 1.3L engine that revs out at 9000-rpm. Sounds too good to be true, and in a way there is a draw back that attributes to its cheap second hand pricing. This 1.3-L unit doesn’t just drink fuel; it downs it as though in a drinking competition. You would expect an average 1.3-L engine to do around 45+mpg (combined) but the RX-8 will only do 24-mpg – that’s less than my 2.0-L turbo Subaru! 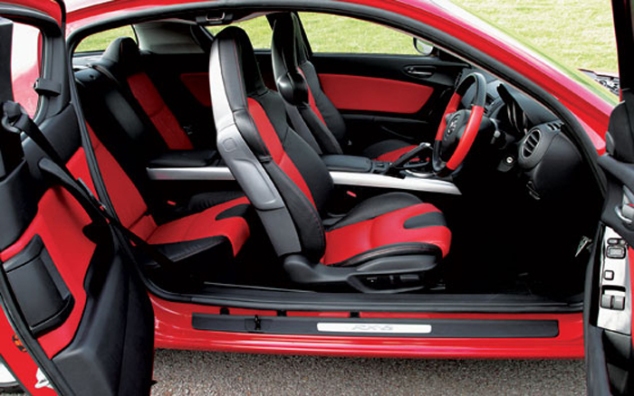 Apart from its thirst, the rest is all good. Due to the RX-8’s unique doors, it appears to be a coupe on the outside, but pull a catch hidden on the inside and rear doors open like suicide doors, albeit small (enough room for the girls though). The power is fed to the rear wheels via a (LSD) Limited Slip Differential, perfect for drifting.

So, all in all, this car offers looks, the right set-up for drifting and enough room for my dogs.

And before any animal lovers start complaining, my dogs like drifting – I had a lot of practise in an icy car park earlier this year and they loved it. They told me so…